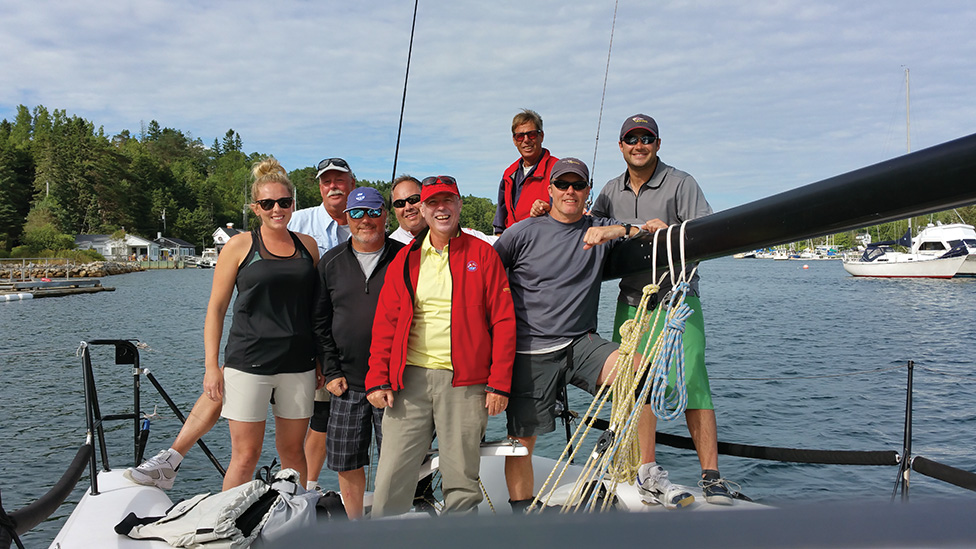 The Atlantic Canadian pleasure boat community lost a loyal friend and colleague with the passing of John Roy on August 12, 2017.

John, 61, passed away quietly at home after a short battle with cancer.

Music was in his blood, playing both trombone and piano, but it was on the ocean that John found his calling. He first took to the water in the mid-1960s aboard his father’s schooner, the Jeto. Soon after he began his 50-year relationship with the Royal Nova Scotia Yacht Squadron (RNSYS) as a junior sailor, instructor, member and Vice-Commodore of Sailing.

Sailing bridged pleasure and business for John and in 1980 he began working for Ocean Yacht Sales (OYS), before buying the company in 1990. OYS was a business and a passion that John ran with the honesty and integrity that truly characterized him. His clients would tell anyone that buying a boat, whether new or old, was an adventure with John, his enthusiasm and passion for the industry created great client relationships whether on the racing circuit or cruising locally or in distant locations.

John was an early champion of sailboat racing, helping to inspire a generation of sailors with his enthusiasm and spontaneity to get out on the water and go. This spirit drew him to teaching sailing at the RNSYS and the Waegwoltic Club, becoming an instructor evaluator for the Canadian Yachting Association and the Provincial Sailing Coach for Nova Scotia.

John was a world-class Etchells sailor and with his crew, Rob Gale and Paul Gallant, came ninth at the 1998 Worlds. In the J-24 class, he won two national championships. Offshore, John participated in many Marblehead-to-Halifax races and is a two-time class winner and in 2016 he won Chester Race Week Alpha Division 1 with his Melges 32 Team Ocean.

He had an uncanny ability to remember every race he had ever sailed and those he sailed with will know that he was always on the lookout for the glisten.

John loved his wife and children, their holidays and ski vacations. And, once the kids started sailboat racing, there was nothing he enjoyed more than poring over sailing instructions with them the night before a regatta or replaying their days on the water.

No Replies to "Yachting Community Loses a Leader and Entrepreneur"