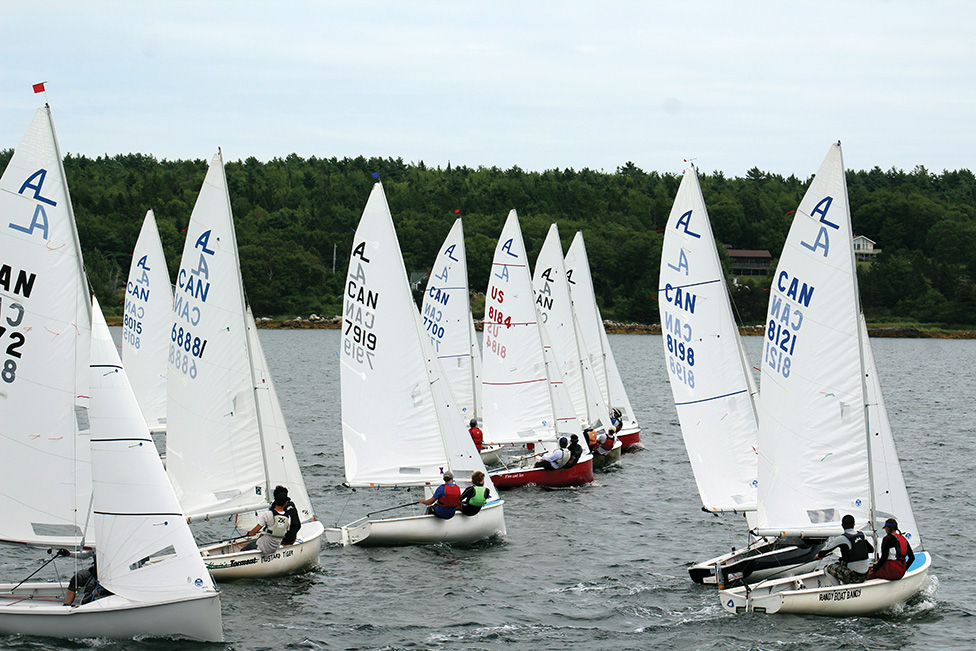 ‘Cream of the Crop’: World-Class Sailors to Compete at International Albacore Championship Regatta in Shelburne

The Shelburne Harbour Yacht Club will be hoisting the race signals this summer for the 2019 International Albacore Championship Regatta.

As many as 50 teams from Europe, the U.S. and Canada are expected to compete in the week-long event scheduled for Aug. 24 to 30.

“We’ve got 14 confirmed teams coming from overseas. We expect to have another 14 to 18 to come up from the U.S. and the remainder will come from Canada,” said head organizer Henry Pedro in an interview.

“The goal and we’re on track to meet that goal is to have 50 teams register for the event.”

Pedro, who competes on the world albacore sailing stage himself, said the event will attract “world class athletes. There will be people who come here who have been to numerous world championships… We’re talking about some of the cream of the crop in the sailing world with very advanced capabilities.”

The course for the international regatta is entirely within Shelburne Harbour, the third largest natural harbour in the world.

“People should come down and have a look,” said Pedro. “We will be sailing in near sight of land” with lots of vantage points along the harbour to watch the races.

“Sailing has never really been publicized in North America as a spectator sport but it is definitely that in other parts of the world and I don’t see why it couldn’t be a spectator sport here,” said Pedro, adding the Shelburne Harbour Yacht Club will have volunteers and boats at the ready to take people out to get a little closer to the action.

In the meantime, the Shelburne Harbour Yacht Club is getting the host facilities in ship-shape, with repairs, improvements and the installation of new infrastructure including floating docks. The work is being supported by more than $110,000 in funding including $70,000 through ACOA’S Innovating Communities Fund, along with $40,000 from the Town of Shelburne, and $1,000 from the Municipality of Shelburne.

“This event will bring many new people and sailors to our community. It will showcase our community and show the international sailing world what a beautiful, great town we have and how warm and friendly we are. A wonderful way to put Shelburne on the map.”

The International Albacore Championship Regatta was started in 1973 and is held every two years, with Canada, Europe and the U.S. alternating as hosts. “Putting events on like this is quite significant,” said Pedro. “Hosting an international regatta is a big deal for anyone.”

Sail Nova Scotia and Sail Canada have assisted the club with the regatta by supporting applications and helping secure race officers for the event.

Wind in Their Sails: Nova Scotia Family Literally Living Their Dream on the High Seas

No Replies to "‘Cream of the Crop’: World-Class Sailors to Compete at International Albacore Championship Regatta in Shelburne"