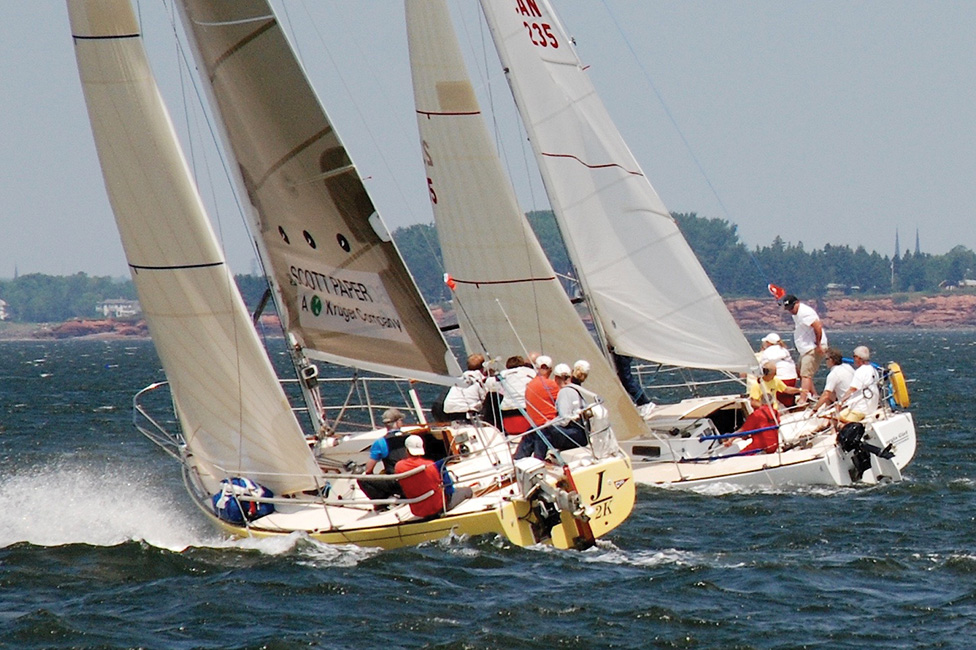 Everything is ship-shape at the Charlottetown Yacht Club (CYC) for the 2019 boating season.

Rankin said the Wet Feet program offered by the CYC for the youngest of sailors is already full for the season, with registrations for the junior program filling up fast, attracting participants from not only all over P.E.I. but off the island too by people who vacation on P.E.I.

This year marks the 34th year for Charlottetown Race Week, being held July 18 to 20. “It’s a yearly tradition for us,” said Rankin.  “We’ve had growth in the last few years with one-design keelboat racing coming back to what it was in the past. It’s not quite there to what it was in the 1990s, but more young people are getting into the sport, some people who had stepped away from it are buying boats again so hopefully we’ll see continued growth in Charlottetown racing.  Rejuvenation from the youth I think that has a large part to do with our junior sailing program.”

In 2018, the CYC hosted the FARR 30 and the J70 Canadian National Championships, which “were a great success in both classes. It brought a lot of boats,” said Rankin.  “We’re hoping to have a FARR 30 one-design again this year. We already have FARR 30 boats registered from Quebec and we hope to get more from Nova Scotia, who have already said they want to come back.”

Rankin said they expect to have one-design racing in J29 and J70 classes as well. “Every year attracts quite a few of the J70 sailors,” he said.

Meanwhile at the club, Rankin said they have a new restaurant tenant opening in May called Salted Soul, which is part of the club but also open to the public. “Our marina is full at the moment but we’re always trying to grow our crewing and membership and extend in any way we can to service more boats in the harbour. Charlottetown is kind of at capacity at the moment, the other two marinas are full. We’re full. We’re kind of looking in the direction of maybe putting more moorings out, stuff like that” noting they do keep spots open for visiting vessels.

Taking over as commodore of the CYC in 2019 is Donald McGinn.