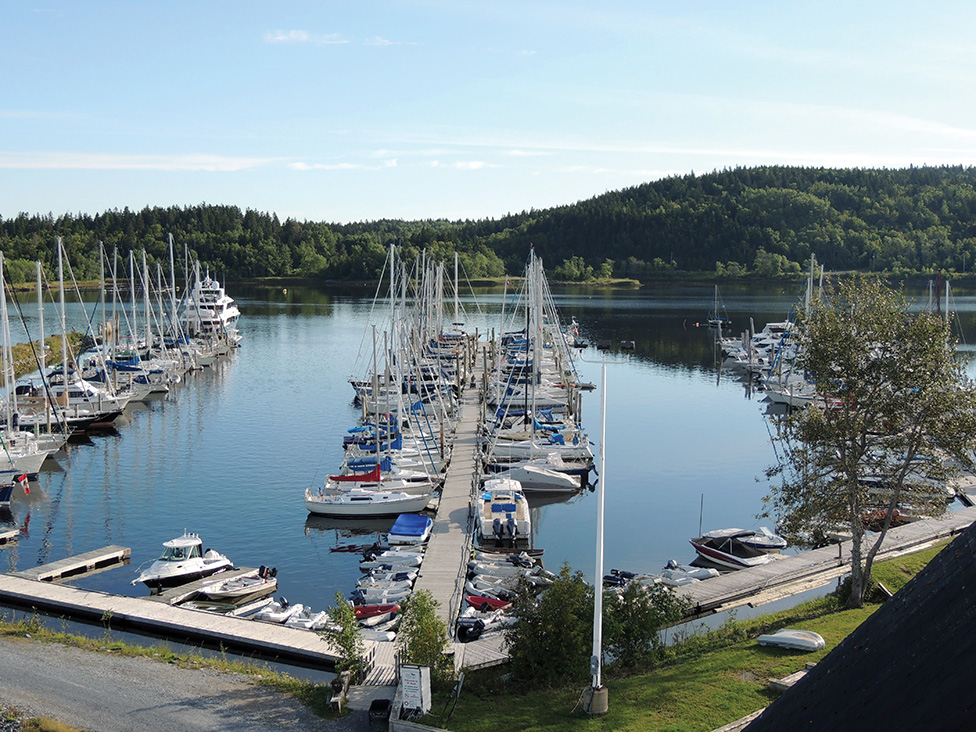 For more than 120 years the Royal Kennebeccasis Yacht Club (RKYC) in Saint John, N.B. has been a vibrant part of the boating and social scene on the Saint John river system.

Located at the intersection of the Kennebecasis and Saint John rivers in Brothers Cove, the RKYC has recently upped its game when it comes to marine service capabilities.

“We have the best equipment in the area,” said manager Rob Ash, including a 75-tonne travel lift “which can lift any boat in the area,” and a 20-tonne crane.

“When boats come to be stored for example, we can take the mast down and haul out at the same time. It’s very straightforward. The same with launching,” said Ash. “It’s a really big ability many of the other clubs don’t have. The travel lift is considerably safer for lifting boats and carrying them around the yard.”

Marine services at the RKYC aren’t limited to members, said Ash. “We do have the ability to lift non-members’ boats,” he said. “We have rates for non-members, adding the club does offer “associate memberships that don’t cost very much but give you access to member’s rates for haul outs. It’s almost a good insurance policy if you have a boat anywhere in the area or on the river to be a member of the club should you need to be hauled out in the midseason for whatever reason.” The RKYC “also has a very rich social life,” said Ash. “We’d like to have more members to enhance that social experience when we do events. There are a lot of club traditions that are well attended and still vibrant here at the club.”

The clubhouse, which is a “bit of a landmark” is open year-round. “The social aspects of the club are richer in the winter than in the summer,” said Ash. “We’re a real active boating club. In the summer, all the boats are out.” Ash noted the clubhouse is available for rentals such as weddings or parties. “We think it’s one of the best places in the city to stage an event.”

On the water, the Learn to Sail programs offered to the public at the RKYC have been “quite successful,” said Ash. Offered to both youth and adults, 120 youth took part in the four, two-week learn to sail sessions at the club last year, said Ash, and the adult sessions were “absolutely full… we’re always interested in expanding those programs,” he said.

The RKYC has an “active racing program,” said Ash. “We now have a number of J29s, one design racing which is a lot of fun.”

While the RKYC marina’s 205 berths are full, Ash said the club is always looking for new boats. “We can only replace our churn which is around 10 per cent but we’re always interested in attracting boats to the club.”

Ash said the club can accommodate visiting boats up to 70 feet in length or so. “Visiting yachts are welcome here. We have about 18 moorings out front, and even though our berths are full we can usually slip visitors into berths when we know members are out.”

No Replies to "Royal Kennebeccasis Yacht Club: A Vibrant Part of the N.B. Boating Scene"