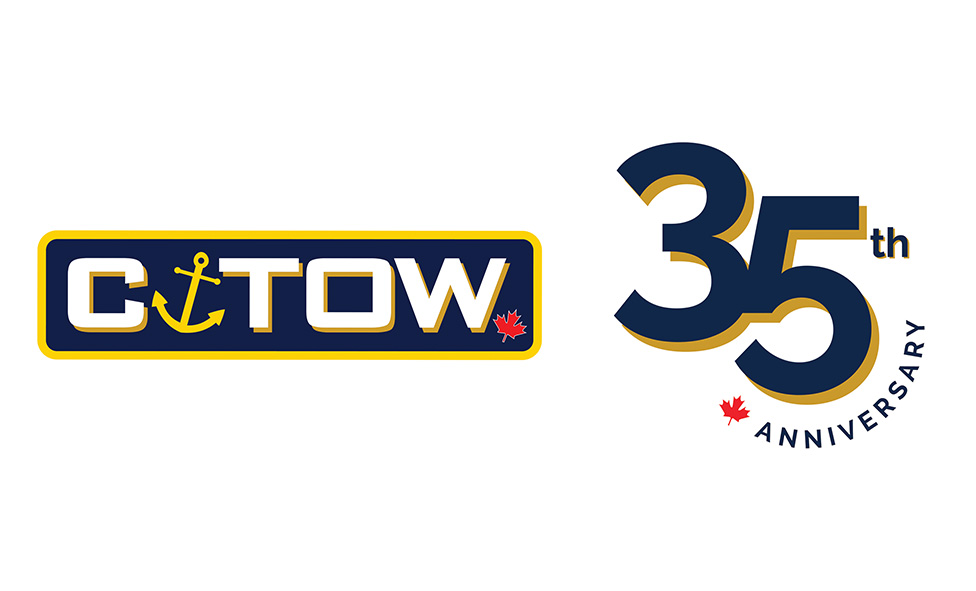 In 1984, with just one black, inflatable boat, and the drive and determination to succeed, Captain John MacDonald started a marine towing business that’s still in operation today. Though John is no longer with us, his vision for the company still lives on.

C-Tow Marine Assistance Ltd was first based on Bowen Island, B.C., where MacDonald and his wife Barb lived. Brian Biddlecombe, owner of Cormorant Marine Water Taxi (also based on Bowen Island), was there when it all started. He was also involved with the area Coast Guard Auxiliary and remembers MacDonald’s fortitude. “This is well before the years of cell phones or anything, and Jim was so dedicated — some might use the word obsessed — with providing service that he basically slept with a VHF radio tuned to Channel 16 under his pillow.”

Maria Steernberg, owner of Vancouver-based SeaSnaps Marine Photography Ltd., has spent over 40 years on the water, and was also there from the beginning. She fondly remembers John and Barb, whom she highly regarded as very sociable and approachable. “John was proud of what he was doing,” she said. “Over the years, I supplied them with photos and stayed in touch, because I’ve always liked having their name on my boat. And I like having the thought that I can call C-Tow.”

Paul Dupre, who took over the company in the early 2000s after MacDonald passed away, characterized MacDonald as “a hell of a guy. He was a real fit man and a joy to be with.”

C-Tow came into existence because of changes in Coast Guard legislation governing the type of coverage across Canada. The company was formed in response to the Coast Guard making an announcement that they would only respond to emergency, life-threatening situations and would no longer be towing non-distressed vessels.

Customers purchase annual C-Tow memberships for peace of mind on the water. “If a member breaks down, C-Tow will dispatch one of their many boats across Canada to go and tow you in,” says current C-Tow owner Andy Cardiff, at the helm since 2009. “If you’re not a member, then we will still dispatch one of our vessels and we charge an hourly rate to go and tow you in to wherever you would like to go.”

While C-Tow’s primary customers are recreational boaters, the company also provides service to commercial fishing vessels and other commercial boats of generally up to 60 feet in length; some C-Tow towboats can also handle towing vessels up to 130 feet. Additionally, over the years, operators of sailboats, paddleboats and even jet skis (a growing millennial market, particularly in Ontario) have also called for C-Tow’s assistance.

Under Cardiff’s leadership, the company expanded its operations across Canada. “When I bought the company, there were maybe five or six C-Tow operators, only in B.C. (there are now 30 plus). I immediately expanded it to Ontario and then on to Nova Scotia and Newfoundland,” he explains. “Ontario is our fastest growing service area right now.”

C-Tow’s captains are all experienced mariners. A captain (independent operator) is assigned a contracted territory. They are then on call 24/7 to respond to all member and non-member calls, which typically come from either a Coast Guard broadcast or our dispatch centre. Captains must possess a Small Vessel Operator Proficiency or SVOP certificate which allows them to operate Transport Canada-certified vessels up to 15 gross tons. And they must be available and ready to respond at a moment’s notice.

Michael McRobb, who provides towing and salvage services to the western Lake Ontario region, was the first C-Tow operator in Ontario. Cardiff invited him to join eight years ago. McRobb said, “I responded yes immediately. I didn’t even think about it for a second.” McRobb utilizes different vessels for different towing needs, including Bayliners, a Penn Yan and a Shamrock.

“It’s just a matter of pulling it the right direction, getting enough of an angle on the boat that you don’t fill it with water but you get a little bit of float out of it,” he explains. “We responded two years ago to a 42-foot Express Cruiser in the middle of the St. Lawrence in American waters, stuck up on a shoal off Cornwall. And that took two days to get them off, but we got them off without any damage to their boat and towed them into Canadian waters.”

In B.C., C-Tow captains are on call 12 months a year, though summer months are typically busier. In Ontario, the Maritimes, and Newfoundland, C-Tow operates just six months of the year, from May to the end of October.

Educating the boating public is still a challenge but it is getting better. “People on boats often wait to call for help,” said Cardiff. “They’re trying to fix it themselves and they don’t realize how serious it is, and they wait too long to call, and then it becomes much more urgent. We always tell people to call us. At least give us a heads up that something is going sideways so that we can prepare and deal with the issue efficiently, rather than race to save the boater and vessel.”

One way that’s helping with expediting response to boaters in trouble is the new C-Tow app. Boaters can, now with the push of a button on a cell phone, provide their exact position on the water.

“It’s nice to see C-Tow expanding across the country and offering what is needed, and good service, to other parts of Canada,” says Don Prittie, President of Boating B.C.  and owner of the Canoe Cove Marina located in North Saanich, B.C. “I think that’s a very positive step in their development and in the development of boating safety across the country.”

SeaSnaps’ Steernberg agrees. “I think that in the marine world, they’re (C-Tow) as much a recognized name as the Coast Guard.”

From its humble beginnings as a one-man, one-boat operation, C-Tow has grown to a 30-captained fleet of vessels that work in four Canadian provinces, the largest private marine assistance company in Canada.

Cardiff is in constant contact with captains to ensure everyone has what they need to do their job. Additionally, C-Tow team members have regular meetings with the coast guard in each of the relevant regions. “You have to be very passionate about boats and wanting to be on the water, and also passionate about helping people, and a little bit crazy,” says Cardiff. “It demands a lot. There’s no way to do it a little bit. You’ve got to be all in to be successful.”

No Replies to "C-Tow Marine Assistance Ltd at 35"