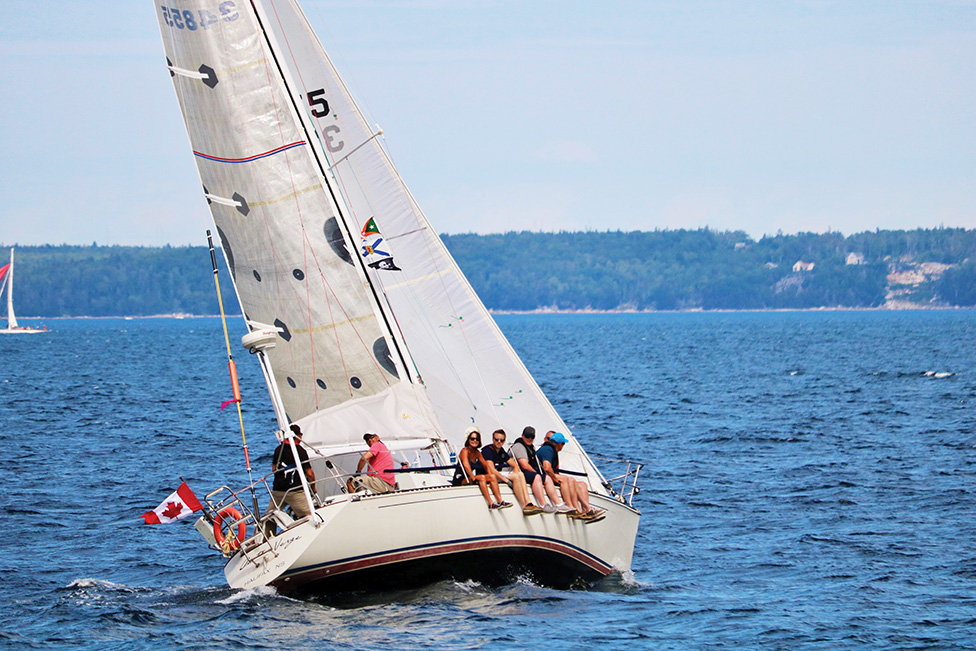 By early spring, plans for the 2021 Helly Hansen Chester Race Week should be finalized, online and registration open.

The largest keelboat regatta in the region will run from Aug. 11 to 14.

“We have a situation called COVID-19 so we cannot plan to have Chester Race Week as we’re used to having it,” said Pat Nelder, on-water chair and steering committee member in an interview.

“We are used to having five racing courses with 15 classes in total racing,” but for 2021 “we will probably go down to four race courses instead of having five, so we will have to roll some of them together and possibly down to 12 classes as opposed to 15 so that will be a slight reduction,” said Nelder. “We also are not anticipating our full number of boats, but we will still plan for Chester Race Week to go ahead… due to the restraints that are on at the moment we cannot possibly plan to have the land parties that we are used to having so the only part that I know about is happening on the water.”

On the water “we can race socially distanced and we are very good these days of putting all the information online” which people can access and then save instructions and other information that they require for race week, said Nelder.

Principal race officer Daniel Conrod “has prepared the notice of race and we want to get that out there for March 1,” said Nelder. “We really encourage people to register early so that we can plan. Obviously planning, it’s really, really important for us to know who wants to come.”

Last year, Chester Race Week was postponed due to COVID-19.

“We’re not expecting that we can get our American friends here again and so this will be the second summer without the folks from the U.S.A. which is very sad,” said Nelder.

“There’s a lot of U.S.A. residents that live in Chester in the summer… they add so much to our summers every year. However, we are expecting to have a good slot of local Canadian boats. If the Atlantic bubble is open, we could have boats from New Brunswick and P.E.I. come over… it’s almost like a work-in-progress because who knows what COVID-19 is going to be like” come August.

The history of yacht racing in Chester goes back to the 1850s with not very many race weeks missed since the early 1900s when the Chester Yacht Club was formed, with the exception of the two world war years.

“People really love Chester Race Week,” said Nelder. “I’ve been sailing it myself since I moved back to the South Shore. I’m not one of the long-term veterans but I’ve been with it for at least nine years. It’s a summer highlight.”

A lot of people plan family reunions and vacations around Chester Race Week. “We hope that people will be able to do that even if they have to just be in their own family groups,” said Nelder.

For further information or to register, visit https://www.chesterraceweek.com/

No Replies to "Chester Race Week Back on Deck for 2021"