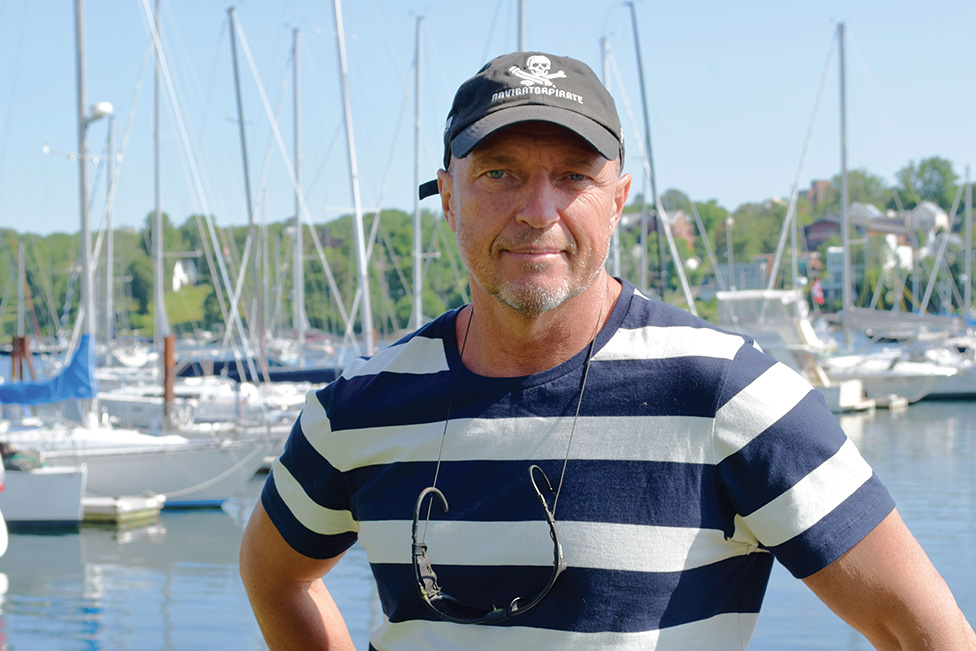 Halifax sailor Sergei Morozov is hoping to be at the helm for either the 2022 Golden Globe Race or the 2024 edition of the Vendée Globe, described as “the greatest sailing race round the world, solo, non-stop and without assistance.”

“If I can find people who want to sponsor me, I am ready for these competitions,” said Morozov in an interview. “I’m looking for opportunity. The Vendée Globe is really expensive. I hope I can find somebody.” Sergei Morozov’s ultimate goal is to set a new world record by rowing around the world, a feat never done before. Contributed

Morozov did find sponsorship for the 2018/19 Golden Globe Race, held 50 years after the inaugural Golden Globe in 1968, but things didn’t work out.

“Unfortunately, the sponsor wanted me to work one year for preparation and sail one year with no payment, nothing, no pay. I said thanks for asking me, but I can’t spend two years working for free,” said Morozov.

He said he would very much like to compete in the races under the Canadian flag. “The problem is that if the sponsor is from another country, he may demand that I participate in the flag that he will offer me. And I can’t refuse.”

Doing his own second solo circumnavigation is still on the backburner.

“Maybe I get sponsorship, who knows? If not, I’ll think about my own circumnavigation,” said Morozov. “Circumnavigation is hard emotionally and physically. It is really hard. It cost me health and emotion,” adding it’s even more challenging when there are finances to worry about. “I don’t want to make another (financially) poor circumnavigation,” he said.

Whenever he does cast off, Morozov has ensured his cats Tsilja and Miami, who accompanied him on his first solo circumnavigation will be coming along, as well as “a new sailor for me,” Red, a cat he adopted after completing his solo voyage.

Morozov said when he was considering the 2018/19 Golden Globe Race, he personally asked founder Don McIntyre if the cats could come and was given permission.

In the meantime, Morozov has been busy, finishing and publishing his book, When the Horizon Screams. Released in Russian in 2020, the book tells of Morozov’s sailing life so far, his solo circumnavigation and necessary sailing information about boats, sails, navigation and astronomy. Miami and Ali, two of the cats that accompanied Sergei Morozov on his solo circumnavigation around the world, enjoy the view while passing by Nuku Hiva, the largest of the Marquesas Islands in French Polynesia. Sergei Morozov photo

“I’m so proud (of the book) because I got what I put into it,” said Morozov.

The first 500 books sold out. Morozov is looking for someone to translate the book into English.

He keeps an active blog and YouTube channel, Yachting from Sergei Morozov.

“I do lots of videos. Some people like my style when I tell them about the ocean,” he said.

Morozov, who holds degrees in seamanship and navigation with a specialty in deep sea navigation from nautical institutions in his native Russia, was fourth mate aboard the STV Kruzenshtern, the largest tall ship in the world, by the time he was in his early 20s. His ultimate goal is to set a new world record by rowing around the world, a feat never done before.