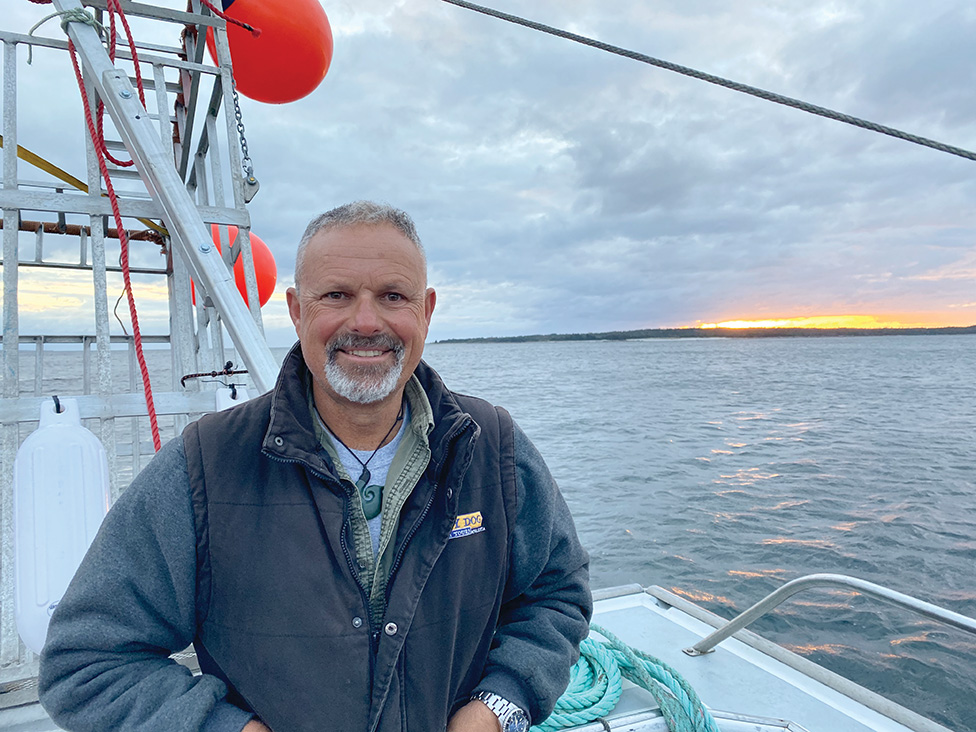 Wrecked with Tony: Visiting the Wreck of the SS Atlantic

On any given weekend from April to November, in the shallow waters off Mosher Island in Lower Prospect, you can find a party of divers swimming around Golden Rule Rock at the site of one of the greatest disasters in Maritime history.

Few people know that the White Star Liner SS Atlantic (of the same line as the Titanic) lies in our local inshore waters. Starting at a depth of just eight feet and going down to 80 feet, lies a wreck that bore witness to great tragedy.

We refer to our little group of crazy hardcore divers as the Zodiac Pirates. Once we have established ourselves on site above the wreck, we tie off to a buoy that we put on the wreck at the beginning of every season. The excitement on the little inflatables bobbing on the gentle swells of this chilly April morning builds as every diver wants to be the first on the wreck to see what mother nature has churned up and exposed during the violent winter storms.

The first four divers ready out of our group of eight hardy souls, slowly roll backwards off the boats and into the cold clear North Atlantic waters with a bottom temperature of three degrees Celsius.

Winter diving or early spring here in Nova Scotia is great as the waters are clear due to the fact there is no algae or plankton bloom yet.

As I slowly start to descend down the buoy line, I can feel the gentle swell move my body back and forth in the water column. This freedom is my happy place, away from the rush and rat race of the surface world. The tall kelp attached to the ragged, rocky bottom gently sways and beckons me to enter this enchanted forest below.

I check my gauges, 3,300PSI in my tank, no leaks in my dry suit so I start to descend down the enormous propellor shaft that once drove the SS Atlantic’s massive propellor. The SS Atlantic overall was 437 feet long and 41 feet in width, powered by two compound condensing steam engines. The 10 hungry boilers that powered these engines were fed by “stokers.” These men shoveled coal from bunkers that surrounded the engineering spaces creating enough power to move this massive steam/sail liner at a top speed of nearly 13 knots.

Once I reach the bottom of the shaft, at approximately 65 feet, the rock slowly gives way to a lighter sandy bottom. It is here that I turn right and am greeted by a flounder approximately 12 inches long lying half camouflaged on the sandy bottom. Lucky for him that my daughter Izzy is not here, or he would be fried in butter for breakfast. These flounder can tolerate a wide range of temperatures and like other local species, only seem to be a little more sluggish in the cold winter months.

I slowly cruise along the rock and sand interface until I see a dark object looming out of the depths, I know this to be one of the SS Atlantic’s boilers. This boiler, the propellor shaft and the china pile, just a short distance further to the right, are pretty much all that now remains of this once elegant liner that marked the end of the sail era and the beginning of steam.

As I swim past the boiler, a memory comes flooding back of the day our little team placed a stone urn containing the ashes of our friend, Greg Cochkanoff, in this boiler. Greg was writing a book on the Atlantic wreck before he passed and alas, never completed it. However, the book did go to press, being finished by Greg’s wife Ann and our fellow Zodiac Pirate Bob Chaulk.

In good Pirate form, when we returned to the surface that day to rejoin Ann and Greg’s dad, Greg was toasted with a good dose of rum. Moving on past the boiler, one now encounters a pile of twisted piping of iron, copper and brass. Looking closer, you realise that this mass is sitting on a bed of broken china. This china was cargo and was made by J & G Meakin in England and was destined, as were the immigrants onboard, for a new life in the New World.

I feel the hair on the back of my neck stand up and a cold shudder trembles through my body as I think of the poor women and children in the stern part of the ship — not one of whom made it off alive.

With this chilling thought, I now leave the china pile and start heading back into the thick kelp. Moving slowly past the rocks, I can see that the savage storms of winter just past has uncovered yet more broken shards of history, just a stone’s throw from dry land. Once back to the buoy line, I slowly ascend and stop at 15 feet below the surface for three minutes — a practice called a “safety stop” which helps off gas the nitrogen our bodies have absorbed during our little journey to the bottom.

On breaking the surface, the next four divers are chomping at the bit to help us aboard so they can descend and get their Atlantic fix.

Watch for my good friend Bob Chaulk’s new book about the Atlantic story, due out in October, entitled The Atlantic’s Last Stop: Courage, Folly and Lies in the Worst Steamship Disaster Before the Titanic. 2 Replies to "Wrecked with Tony: Visiting the Wreck of the SS Atlantic"