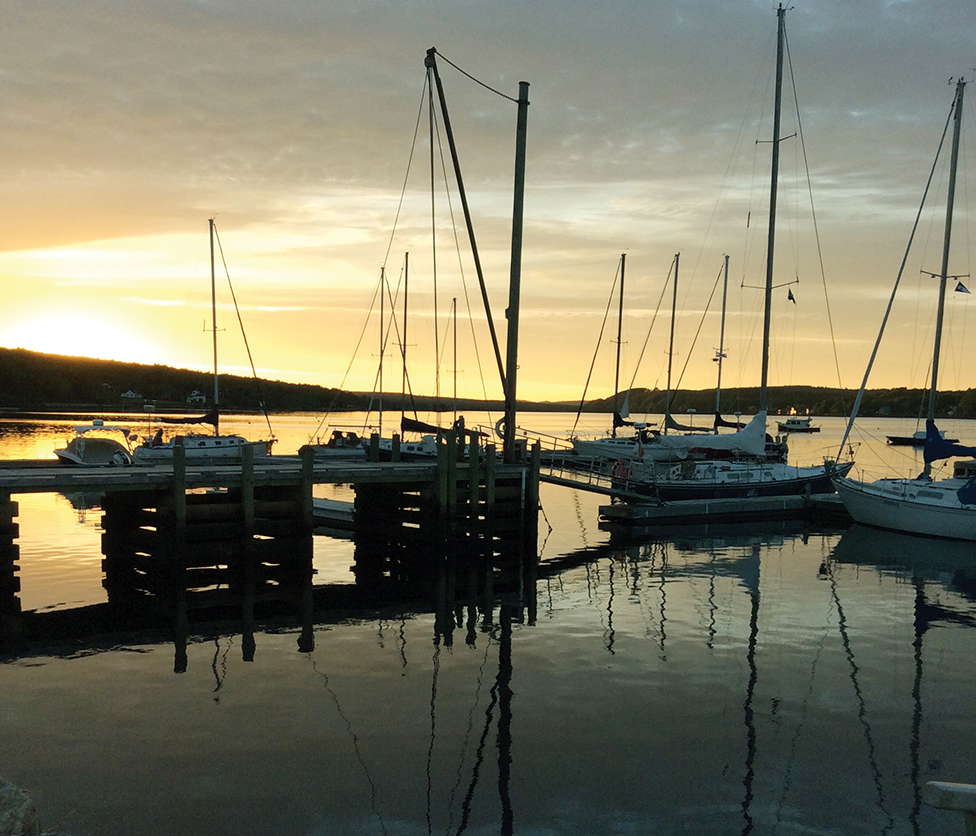 Located 12 kilometres south of the Town of Bridgewater, on the West side of the picturesque LaHave River, is the LaHave River Yacht Club.

“It’s a hidden treasure, it really is,” said Barry Rofihe, who has been a member of the LaHave River Yacht Club since 1960. ” It’s a great little club. Friendly, not white tablecloth dining by any stretch of the imagination. The food has always been good with great service and wonderful people to chat with. It’s a very friendly place to be.”

“It’s a great mixture of power and sail boaters with no animosity,” he said. “We have a fantastic bunch of volunteers who accomplish a great deal, and as a result we’re not heavily in debt. It’s a great place to go and have lunch and listen to yarns on the veranda — before or after a day out on the water.” Formed in 1949, the LaHave River Yacht Club is homeport for about 125 boats, said Commodore Michael Hatt in an interview.

Over the years, the club has invested in many large-scale projects including a complete electrical upgrade, refurbishing of the clubhouse, new shower/washrooms and a new drilled well. New for 2021 is a new launch/haul trolley for the boatyard.

In addition to the senior members who are normally boat owners, the club also attracts a full range of members, from social and honorary, as well as student members, all of whom simply “enjoy the atmosphere and fellowship,” said Hatt.

“We are a family oriented, and volunteer-based club,” said Hatt. “Our membership and dockage is probably one of the lowest in the province, thanks to the significant volunteer effort in maintaining and operating our club. Our members also take pride in helping each other with all aspects of boating, from leaning the ropes, to repair related issues.”

The club boasts three sets of docks, which can support up to approximately 40 boats. Depending on the location, vessels with approximate length of up to 45 feet can be supported. The club also has many moorings to welcome visiting boats. Our haul/launch capabilities can accommodate vessels up to 20 tonnes, said Hatt.

From docking, mooring, a boat yard and boat storage, the LaHave River Yacht Club offers a full range of services to their members as well as visiting mariners. Their fuel dock is the only one between Shelburne and Lunenburg. A sewage pump-out service is available nearby at the Marina in Bridgewater.

The club is a hive of activity and known for its hospitality. While there are many who make a point of including LaHave as part of their journey, many more make a point of returning.

Hatt says the Club has had the honour of welcoming the Nova Scotia Schooner Association on many occasions to host their regatta. Similarly, many clubs like Shelburne Yacht Club and The Royal Nova Scotian Yacht Squadron make a point of including LYRC within their Club Cruising itineraries. The clubhouse features a bar and grill and regular entertainment, COVID-19 permitting. Social nights and special events create a real sense of community for members and guests.

As a member of Sail Nova Scotia, Club racing on Tuesdays, Thursdays and Saturdays is complemented by a summer-long learn to sail program for youth. Ladies Learn to Sail and Ladies Skipper are among the seasonal activities at the LaHave River Yacht Club.

Hatt said the club has seen a renewed interest in youth learn to sail going into this season. “One of sessions are already sold out. It’s terrific to see the next generation out on the water.”

Embracing the objective of the LaHave River Yacht Club “to promote the art and science of seamanship and the enjoyment of life afloat under sail or power and encourage friendship and social interaction among its members,” Hatt say the club has a real sense of community.

“With members from the local surrounding areas as well as the Valley and Halifax, we work together to support each other as we enjoy time out on the water — and ashore here at the Club — as we have for more than 70 years. For more information, please visit us at lryc.ca.”

No Replies to "LaHave River Yacht Club: ‘A Hidden Treasure’"