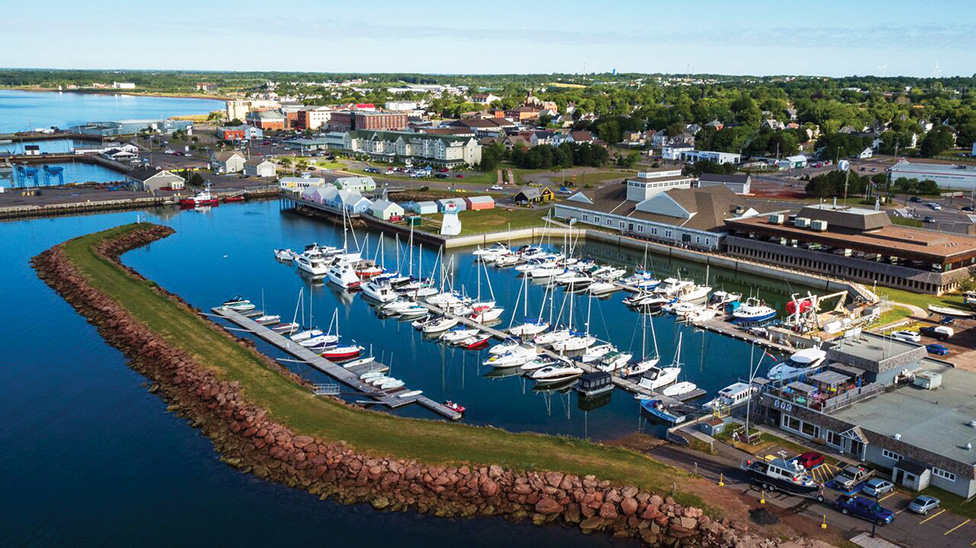 New members and visiting boaters, combined with weekly racing and entertainment, has added up to a busy summer at the Summerside Yacht Club and Marina.

“This has been a very busy season for our marina, with upwards of 12 new boats and members,” said general manager Tom Peters. “Visiting boats continue to be a large part of our activities.”

The Summerside Yacht Club and Marina is part of the Silver Fox Entertainment Complex, a non-profit community complex managed and owned by its members, which also includes a curling club, banquet and meeting facilities, a restaurant, lounge and entertainment centre.

“The complex has an upper deck with a restaurant/bar, and we have a wrap-around bar adjacent to our dining room, with both boasting breathtaking views” of Summerside Harbour, said Peters.

The Breakwater Bar & Grill has seating for 100 people with an additional 70 seats on the upper and lower decks overlooking the marina.  The Breakwater is open for lunch and dinner seven days a week and offers free entertainment on Friday and Saturday nights year-round, as well as Saturday afternoons during July and August.

“We do book a number of special events, such as weddings, with our Breakwater often used as the marriage venue, staff parties, retirement parties, fundraisers for other organizations, and numerous meetings,” said Peters. “We have, and will continue, post COVID-19, to host major musical acts on our curling surface, with a capacity of 800 people.”

Outside, the popular Prince Edward Island marina’s season begins in late April and ends in mid-October.  Gasoline and diesel fuel supply, 30/50 amp electrical service and water, pump out, bathrooms and showers, coin operated laundry, Wi-Fi and parking are among the on-site services and amenities offered to members and visitors.

“Our marina does not own any infrastructure for hauling or lifting boats, but we do organize a crane rental for annual boats in and out, and we maintain a launch slip on site,” said Peters. “We are continually working on maintaining our marina, this year adding three feet of extensions to our dock pile system to mitigate rising water levels. We also re-installed our C dock which was destroyed by Hurricane Dorian and we purchased a small easy dock system, for use by junior sailing members.”

In the past, the Summerside Yacht Club and Marina has hosted a successful junior sailing program, “but unfortunately this year we saw problems with local, certified instructors, so we had to forego that for this summer,” said Peters. “The yachting executive is actively recruiting now for next year.”

The club holds weekly races for its sailing membership, and members take part in Shediac to Summerside, Charlottetown to Summerside and return events, said Peters.

“The club has hosted national events, such as Canada Games sailing in 2009 and Sail East has been held here numerous times.”

The Summerside Yacht Club and Marina was formed in 1964 with less than 20 members, and was located where Spinnaker’s Landing is now located, said Peters. In 1972, the club was relocated to its present location, with 60 berths and in 1982, the Summerside Curling Club was welcomed and the Silver Fox Curling and Yacht Club formed.

In 1993, the club doubled its berth capacity to 120 and now has about 140 members as well as social members. The Summerside Yacht Club and Marina can accommodate visiting boats up to 100 feet and is within walking to shops and services in downtown Summerside.

Back on the Water

No Replies to "Busy Season for Summerside Yacht Club and Marina"