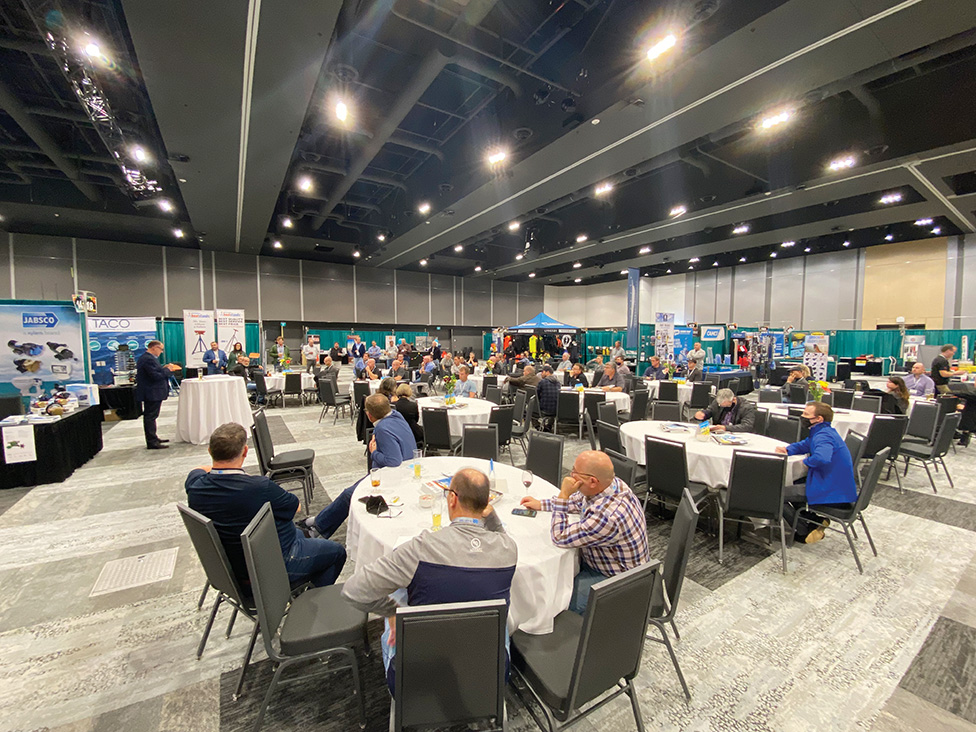 Maritime Marine Supply made sure all of its product lines were covered at its first annual dealer buying show on Oct. 15, 2021, at the Halifax Convention Centre.

The show attracted suppliers from as far as the Czech Republic, the U.S. and Canada and dealers from throughout Atlantic Canada, Ontario and Quebec, said Lee Toole, vice-president of sales for Maritime Marine Supply. The show was the only dealer buying show in the country in 2021, said Toole.

“Everybody else had theirs cancelled. It was quite an endeavour for our staff to put it together because this is our first activity as Maritime Marine Supply. Before we were Stright MacKay and Mermaid Marine and we did our own individual things. We called it our first annual but the two of us been at this racket for about 15 years.”

Toole said dealers and distributors in their network took advantage of the show to book their inventory for the upcoming year.

“Based on people’s arduous buying attitude at the show, it seems like their concern is with having the product on their end for their customer base. They’ve chosen to try to buy heavy to make sure they have it maybe sooner than what they are used to ordering and have enough to last them a longer period of time.”

Since the COVID-19 pandemic hit, keeping the supply chain going has been challenging, said Toole. “There’s been some challenges,” he said. “The first supply challenge was the availability of the product. Raw materials were the first things kind of hit. As raw materials caught up, there wasn’t enough people to make the product which led to longer lead times to get your orders produced and once that caught up the ports, the docks, the shippers became full up so then the delay became how quick you could get the stuff.”

All aspects of the supply chain have been hit, said Toole. “Be it our suppliers, the raw materials to build, enough people to build, demand, infrastructure of global shipping, all facets. Different segments are catching up but are still lacking in different aspects with suppliers all over the world.”

The result is buying patterns have changed and businesses are making concessions.

“Us as a distributor, we try to buy six times a year. It helps us with cash flow, inventory management, warehouse space, but this year, we might be cutting that down to two so we’re disregarding the cash flow, inventory management, warehouse space and our main concern is to have it here when our suppliers need it and our suppliers are maybe making those same concessions from the amount they’re ordering, buying more so they have it available.” Wrecked with Tony: The Wreck of the Rose Castle