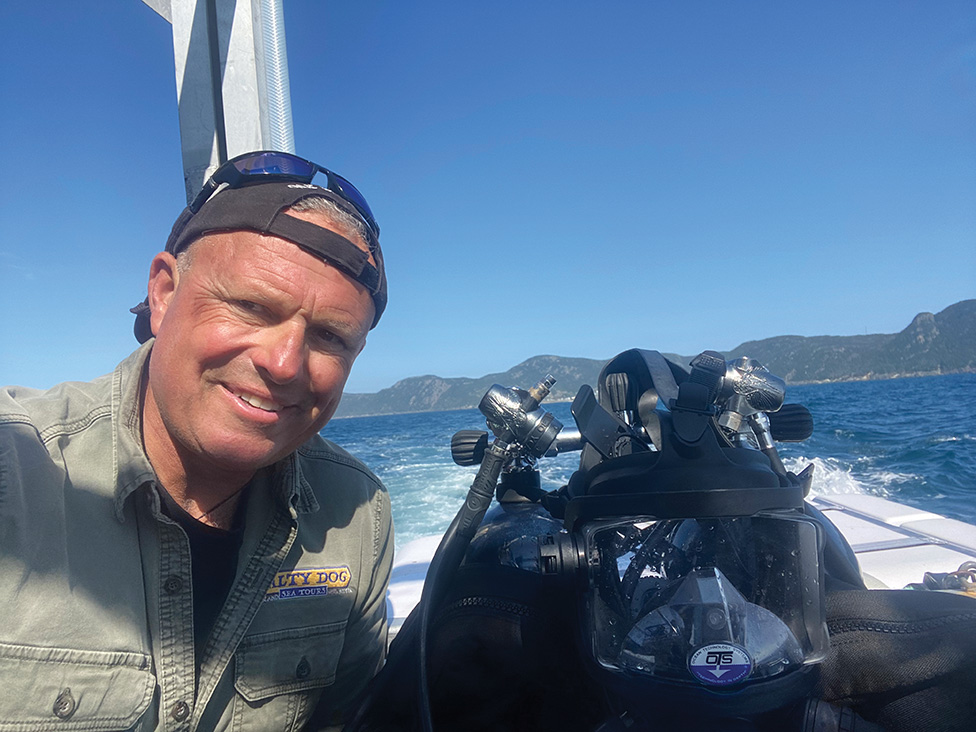 Wrecked with Tony: The Wreck of the Rose Castle

Newfoundland, also known as The Rock, is a magical Island filled with mystery and treasure.

It is also an adventure playground and home to thousands of shipwrecks, dating back many centuries.

On a family trip to this breathtaking province, I was fortunate enough to meet up with my old friend, and fellow shipwreck addict, Rick Stanley.

Rick owns and operates Ocean Quest Adventures and invited me to join a group of divers (The Battle of The Atlantic Expedition and Research Group) heading out to dive the wreck of the Rose Castle. Never one to say no to an adventure, I was all in.

The S. S. Rose Castle was an iron ore carrier measuring just over 450 feet long. She was sitting at anchor off the Bell Island ore mines, when, during the early hours of November 2, 1942, while the crew was still asleep in their pits, the German U-boat, U-518, fired a torpedo hitting the Rose Castle.

A second torpedo then sealed her fate and sent her to the bottom in less than 90 seconds, taking with her 28 of her crew.

Of the four wrecks that were torpedoed close to Bell Island, the Rose Castle is the deepest, sitting at a depth of around 95–160 feet. This depth makes her the most intact as she is less affected by ice movement and damage from the violent unforgiving Newfoundland storms. The excitement amongst the dive team was high. The day had dawned sunny and seas flat with good visibility. Squadrons of gulls swooped, dove and played the thermals off the rugged, craggy cliffs in this area full of whales and other marine life.

As we cruised on Rick’s specialized dive boat, we prepared our dive gear, checked and re-checked everything as nobody wanted to miss a precious second of bottom time on this stunning wreck.

Each buddy team entered the water, our final in-water checks complete, we started our decent into the frigid North Atlantic waters.

Even in summer, the bottom temperature at 150 feet is only around 50˚F (10˚C), so drysuits rather than wetsuits are the thermal insulation of choice. Our underwater lights penetrate into the darkness below like little pale fingers and slowly the massive outline of our target appears. The wreck is a breathtaking image, growing by the second as the depths pull us down to her. The rigging, deck winches and derricks are still standing as if awaiting their ghostly crew to start work.

I add air in small bursts to my drysuit to slow my decent, alleviate the “squeeze” and make me neutrally buoyant. I come to a nice hover, as if suspended by a crystal thread of bubbles, just above the deck level near the superstructure.

The deckhead, bow and gunwales are covered with beautiful brown and white anemones that gently sway with the current like miniature baobab trees. Mother nature is constantly at work here. After 79 years on the bottom of the ocean, the Rose Castle is degrading away slowly, piece by piece.

Peering into the compartments, our lights stretch out and bring into view evidence of the speed to which she was taken to the bottom. Cups, fans and other debris lay strewn amongst the silt, rusticles and hanging deckhead mounted cable runs, while metal munching bacteria devour what remains of this once proud ship. These and other personal items are stark reminders of the 28 crew members that lost their lives on that fateful morning in 1942.

Each section of the ship has its own secrets, some that are getting lost to the ravages of time while others that are being uncovered with each new opening that appears.

The Marconi room or radio room, once alive with telegraph keys and messages, now stands silent with the radio sets and their dials and gauges hanging from the bulkheads with wires vanishing into the silt on the deck.

We continue our exploration aft towards the stern of the ship swimming past beautiful soft corals and scurrying crabs.

Suddenly, out of the corner of my eye, I notice a wolffish about two feet to three feet long lurking under a piece of debris. It’s grey, blue body and distinctive head with sharp protruding teeth are un-mistakable. Although related to the Pacific wolf eel who is a friendly chap about six feet long that will wrap around you for a belly rub, this Atlantic cousin is not as friendly, so will not be getting that sort of attention. Poised on the aft deck of the Rose Castle is her solitary deck gun, now a perching point for the swaying anemone and home for smaller sea creatures in her bore. The gun, once the ship’s only protection, now points aimlessly into the dark distant abyss.

Here I am, at the stern, so close and yet so far. About 130 feet away, on the seabed below, lies a torpedo I was hoping to visit today if time had allowed. Checking our computers, we realize that is not going to happen. As humans in this alien environment, we have reached the end of our run time, any deviation from our plan would mean a massive decompression obligation.

As the saying goes, “plan the dive, dive the plan.” So back to the shot line we head and slowly ascend our minds full of all the amazing things the Rose Castle has allowed us to share today and also the anticipation of the secrets she has kept for our next visit.

As we cruise back around Bell Island, the talk shifts to pirates and the history and mystery of Newfoundland’s rugged coast. This we decide is our next adventure when I return.

Many thanks to Rick Stanley and Ocean Quest for a great adventure and also credit for the photos for this article. No Replies to "Wrecked with Tony: The Wreck of the Rose Castle"